The project started in 2014 when Japanese civilians in Nagasaki took the initiative to create a memorial for the fallen Allied prisoner of war. Dialogue NJI wanted to contribute to this citizens’ and then asked the Indie community in the Netherlands donations for the realization of this memorial. 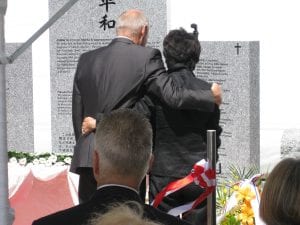 (Yukari Tangena-Suzuki and Andre Schram put behalf Dialogue NYI a wreath at memorial Fukuoka-2 Nagaaski during the unveiling on September 13, 2015)

The 2016 completed project involves the release of a book and a documentary Fukuoka-2 memorial in Nagasaki / Japan. Fukuoka-2 was a prisoner of war camp in Nagasaki during WWII where ~ 1500 W. O. many Dutch soldiers and Dutch-Euroasians were detained and were put to work on a construction site. 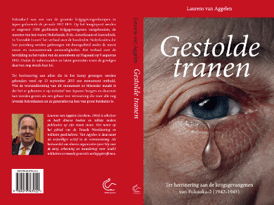 Fukuoka-2 was one of the largest POW camps in Japan during the period 1942-1945. At its peak there were detained about 1,500 Allied prisoner of war, most of them were Dutch, British, American or Australian.

In ‘Solidified tears the story of the hundreds of Dutch people here were forced to hard labor for years under the most difficult and degrading conditions. The story about the liberation after the dropping of the atomic bomb on Nagasaki on August 9, 1945. Among the survivors and future generations demands the consequences still taking their toll.

In memory of all those who were held captive in the camp a monument was unveiled on September 13, 2015. What the creation of this monument makes it so special, is that it has come at the initiative of Japanese citizens and thus can be seen as a gesture of reconciliation for all surviving actors and the generations after them significant.

This video gives an impression of the unveiling ceremony of the memorial remembering the POW’s from Fukuoka-2. The video also shows the visit of family of ex-POW’s and one survivor to the old Fukuoka-2 campsite.

The 2016 current project concerns the development and application of a QR code on the memorial Fukuoka-2 in Nagasaki / Japan. 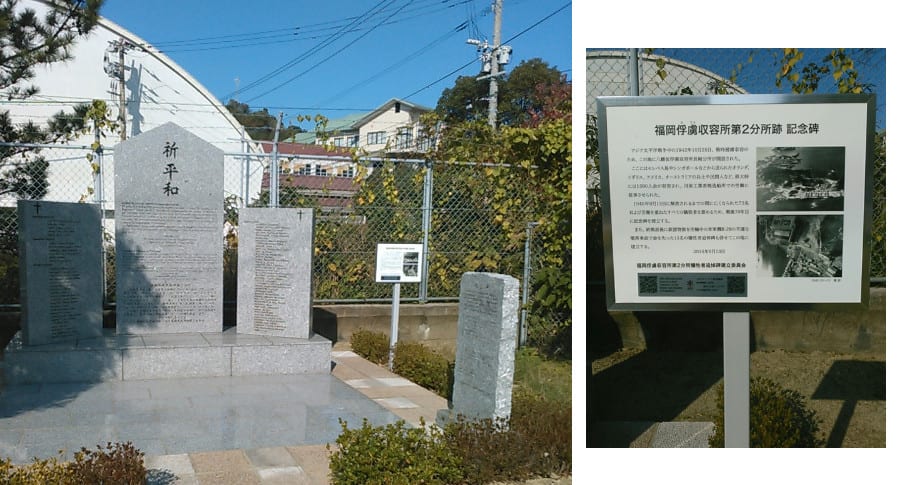 To provide visitors to the memorial optimal information about the history of the camp agreed with the founders of the memorial to make a QR code that provides access to information in Japanese, English and Dutch.

A virtual tour on the history and location of the prisoner of war camp ‘Fukuoka-2/Nagasaki’ during WWII. Today the area is the location of the Koyagi Junior High School. This movie will be made accessible by using a smartphone to scan the corresponding QR-code present near the Fukuoka-2 memorial in Nagasaki.

This project is funded and sponsered by Vfonds. 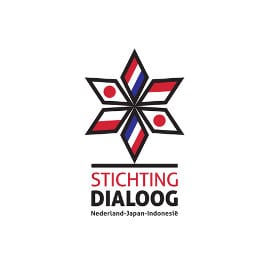