Theme: Reconciliation. In what way?

Introduction of the speakers 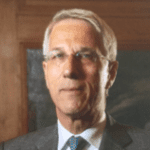 Philip de Heer, is a retired civil servant of the Ministry of Foreign Affairs. Studied sinology at Leiden University. Worked as a Dutch diplomat in countries like China, US, Singapore, Japan and Sweden. From 1995-2000 seconded to the Royal Court as Principal Secretary to Her Majesty Queen Beatrix. At that time a State visit to The Netherlands by the Emperor Akihito of Japan took place. During the preparations for this visit the history and many of the issues we discuss at today’s conference, came strongly to the fore. He remained interested in them ever since.

Ms. Eriko Ikeda was born in Tokyo in 1950. After graduation from Waseda University in 1973 she worked as a director of documentary films at NHK (Japan Broadcasting Corporation) until 2010. She leads the Female Filming Group “Video Juku”. She is a board member of “Shanxi Association for Uncovering the Facts ” and also honorary director of “WAM” (Women’s Active Museum on War and Peace)

Prof. Toyomi Asano is a professor of political history of Japan at the department of Political science and economics in Waseda University, Tokyo. He affiliated with Woodrow Wilson Center from February until the end of July 2015 as a Formal Fellow. He graduated from doctoral course of the Graduate school of Advanced Social and International Studies in Tokyo University in 1998. He won the 25th Masayoshi Ohira Memorial Prize in June 2009 and the Yoshida Shigeru Prize in March 2009. Major English publications are ‘Regionalism or Imperialism: Japan’s Options toward a Protected Korea after the Russo-Japanese War, 1905-10,’Pedro Iacobelli, Danton Leary, and Shinnosuke Takahashi, ed., Transnational Japan as History: Empire, Migration, Social Movements, London: Palgrave MacMillan, 2015.

Maarten Hidskes studied literature and worked for public television in the Netherlands as an editor in chief and researcher. In 2007, together with director Erik Willems, he created a two-episode eyewitness documentary about the Dutch military campaign in South Sulawesi in 1946. In 2016, the non-fiction book ‘At home no one believes me’, was published (Amsterdam, Atlas Contact). The Indonesian translation was published and launched in 2018 during a discussion and exchange trip in Indonesia (Obor Publishers). www.thuisgelooftniemandmij.nl 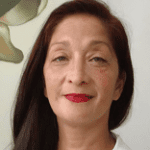 Arletta Kaper studied fashion design at the art academy (Artez). Independent entrepreneur in the field of design and art. Teacher and coach at the AMFI – Amsterdam Fashion Institute at the Hogeschool Amsterdam. Researcher into the concept of identity. Company owner INDIVIDUAL CLOTHING: advice to people who want to investigate their identity through color and clothing. In her ‘Core quality’ practice, she coaches people in their personal search to get insight in their potential on the basis of artistic art and work forms. Under the name KapervanderWorm artist in the public domain https://www.kapervanderworm.nl

Objective of the Conference

Through sharing of personal narratives and research outcomes, obtaining better awareness and understanding around the theme ‘Reconciliation: ‘In what way?” as an essential step towards relieving the burden of war experiences for the future.

The conference aims to answer the following questions related to the above mentioned theme: